I’ve participated in a couple of the Downton Abbey Mystery Knit-a-longs. It was fun and the projects were lovely. I missed a couple, too. Each time, however, I had fun and came away with a very wearable garment.

This is the last season of Downton Abbey and I decided to participate at the last minute for one last time. (See my sad face?) Here’s my report about the final, last, final 2016 DAMKAL. 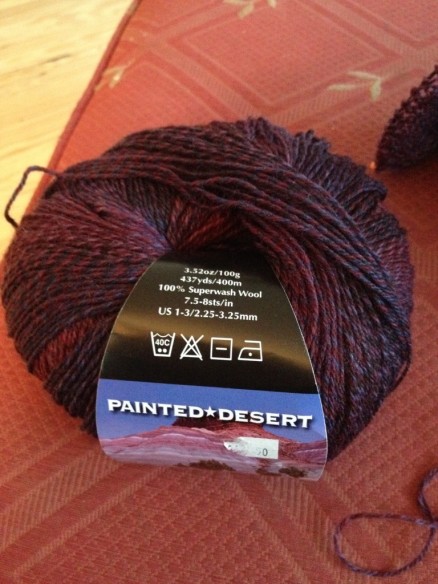 I was totally clueless as to what this “garment” was going to be. Totally clueless. We used a circular cast on and knitted the rounds for this clue on DPNs. Ending with a “square”. Hmm. 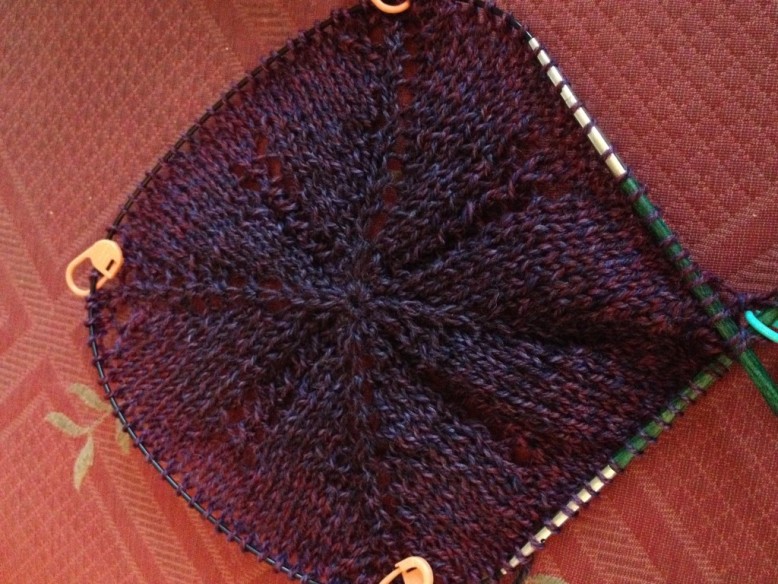 Continued knitting in the round for this clue; very similar to clue #1 … I’m still mystified. But it’s pretty!

And this is where I was totally wondering what this was going to be as many many stitches were put onto waste yarn and we continued knitting down one “side” of the original “box”. I actually discussed this with one of my classes and showed them the piece after knitting clue 3 … maybe a hat and scarf combination? maybe something for the home? Nobody really had a reasonable idea. So, I continued knitting.

When we got to clue 5 and started knitting down another “side” of the original “box” I believe I read that it was a “wing” and the light bulb went off. It’s a shawl! I had a bit of difficulty figuring out which “side” to start my stitches on for the second wing and did use the discussion thread on Ravelry. The discussion thread was very helpful and fun to read, too. 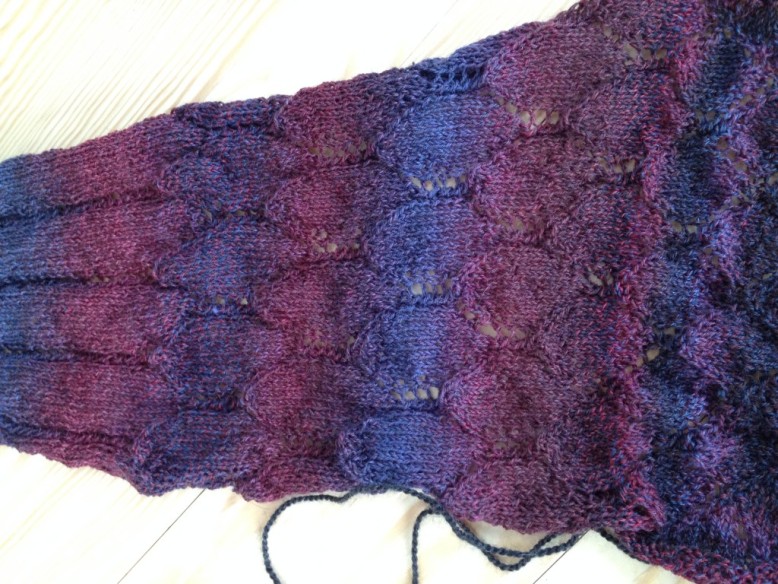 The last two clues were just fun to knit now that the mystery was discovered. How was this lovely shawl going to be finished? Short and sweet despite being a lot (a LOT) of stitches on the needle.

I love the finished shawl and it’s on my guest room bed being blocked as I type this. I chose to pin every little picot stitch on the edge (the instructions gave an option to pin all picots or every other.) I am eager for it to be dry and be able to wear it. I’ll probably wear it to work next week. (I noticed that Kristen’s shawl looks quite a bit larger than mine … perhaps I will block it a bit more aggressively before it’s dry or I may not.) 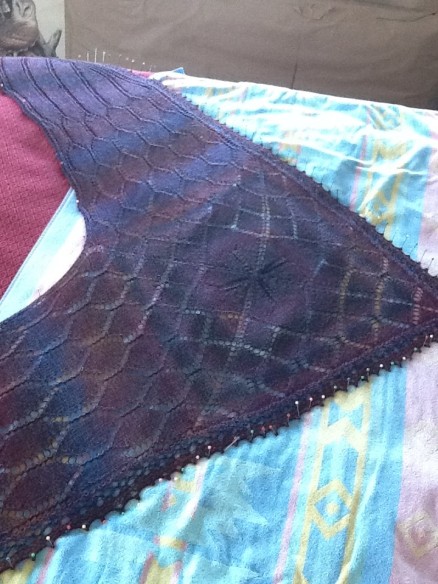 Blocking! Can you see the “square” from the first two clues? 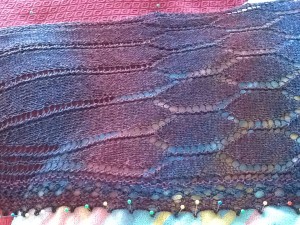 All of the little picots are pinned along the wing!

Another great online MKAL! Thanks to Kristen and Jimmy Beans Wool!