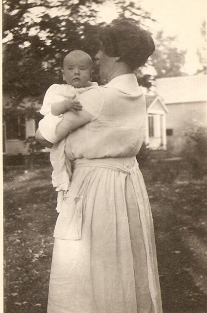 My dad (middle) and his siblings

On this father’s day, I celebrate my dear old dad. He lived a “charmed” life but even lives of the very fortunate have some heart ache. My grandmother had a “nervous breakdown” after my grandfather passed away. The children were divided up amongst friends of the family while she was institutionalized. Her heart was broken. Dad was an attorney in Hartford for a successful law firm that became one of the biggest (and some would argue, best) in the state of Connecticut. He was admired and respected. I didn’t really understand who he was until he was gone and people shared some of his stories with me. Stories that he never did share.

It was a secret he and my mother kept until their deaths.

I found this cartoon among my mother’s papers when we cleaned out her house. I didn’t understand it except that we’d always heard the story that dad wouldn’t marry mom (a legal secretary) and he was dating others so mom moved to California to get away from the heart ache. Today we know that the truth was a bit different – mom had become pregnant with my father’s child and moved to California to conceal the pregnancy. Once the baby boy was born  (on Mom’s birthday, May 28, 1956) and put up for adoption, she returned to Connecticut and in September of 1957 my parents were married.

The cartoon above now takes on special meaning in our family. This must have been when mom was returning to her life in Connecticut. My future parents had me in July of 1958 and my two brothers in 1960 and 1963. We, too, lead a charmed life according to most. I’m quite sure that their secret burned a hole in my parents’ hearts and in their marriage, too. Neither of them ever “forgot” that baby boy. It was a secret they kept until their deaths.  When my father died from a heart attack, they were in the process of being divorced. My mother followed him in death in 2008 after ten years with Alzheimer’s Disease. Is it possible that their secret had an affect on their lives and their deaths?

My dad was born in 1922 and if he was still living today he’d be ninety-four years old. I miss my dad today. I miss him often. I wish he was here to see my kids “adulting” and to see all four of his kids all together. I would love to be able to introduce him to my big brother who I found nine years ago and who has been integrated into my family with my “new” (and only) sister. How fortunate we are to be add siblings in our 50s! I think dad would be proud of us all and he’d be thrilled with his ten grandchildren. He’s missed so much in the thirty-plus years that he’s been gone. I still think about calling him when I have questions or challenges. He was a wise adviser, a great provider, a good man. I have fond memories that I hold dear of Saturdays at his office, automat lunches, watching for the church steeple on Sunday mornings for a penny. Smelling the “root beer trees” in the woods around our house and his battle with squirrels who always won. I cherish the memories.

He was only three years older than I am and I sure know that I’m not ready to die yet. I imagine he felt much the same. I hope that those of you who still have a father in your life take the time to spend time with your father today and as often as you can. (Your mother, too, if you’re that lucky!)

Happy Father’s Day, Dad. I sure do miss you.