This photo is a breakfast I was presented with here at home … lucky me, right?

As you may or may not have read, we’re remodeling a house and it’s kitchen time. So, this morning when we found out that the dry wall guys were not coming today to mud and tape, we decided to go out to breakfast at a new place (well, new to us!) down the street – Pickles NY Deli.

We walked in and were greeted nicely and offered one of three options at the front desk … ham and egg or bacon and egg sandwich or bagel. We were handed a couple of coffee cups (paper) and “allowed” to serve ourselves. Our sandwiches were brought to our table by the same woman who took our order but with latex-gloved hands (not very appealing to a customer in a restaurant!) N’s ham and egg had deli-sliced (thin, thin, thin!) ham and my bacon and egg sandwich had the thinnest bacon (I’m guessing microwaved) I’ve ever seen. Both had orange (American?) cheese. Ya know, you’re open for breakfast and I’m wondering why… it doesn’t seem that  there was commitment to serving customers beyond having unlocked the doors and because, maybe, they had to be there to make food for a catering event.

We probably won’t go back – and you’re in our neighborhood!

A few other nails in the coffin: no table service (although lunch appears to be different, waiter and waitress came in as we ate), coffee refills were offered by the aforementioned waiter with an untucked shirt, waitress/order taker took one glove off to ring up the cash register (and appeared to be thinking of putting them back on!) and she argued with me when I said the coffee pump/dispenser was empty. I was right. She complained about having had to brew coffee all morning due to a couple of cater-outs … I’d say in this economy, that’s a nice problem to have! They were out of creamers and she offered us a gallon jug (mostly empty) of milk with which we could lighten our coffee. Lame.

Do we accept mediocrity too readily? If my customer service is ever that poor, I sure hope someone says something to me to knock me out of my reverie! 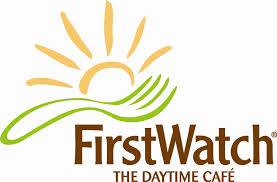 Thank goodness for places like First Watch where it’s consistently consistent – fresh, friendly and dependable is a really good thing.